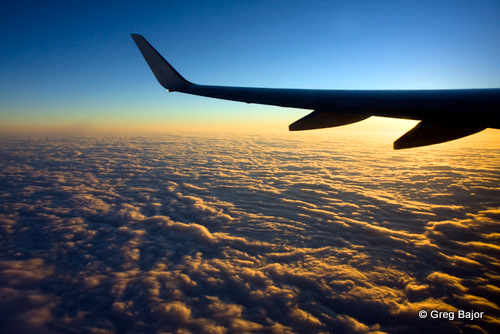 Sometimes it feels like I’m living a part of Lemony Snicket’s series of unfortunate events. Traveling from Dar es Salaam, Tanzania to Colombo, Sri Lanka last week was one of those times. Though I’ve had a number of traveling adventures, including traveling cross-country to Victoria Falls bootstrap-style, this latest trip was, well, odd.

Perhaps the inciting event really happened nearly two weeks ago, when I developed a UTI and started a brutal round of antibiotics. The antibiotics killed the UTI, but also knocked me out. By time I finished them out, I was exhausted and fighting a sinus infection. Thus began my travels. In case you’ve never flown internationally with a sinus infection, just don’t. Breathing isn’t any easier at 40,000 feet. And the sinus headaches are on a whole new level.

My flight was scheduled to leave Dar at 5:00 a.m. Wednesday morning, which required me to leave my house at 2:30 a.m. Instead of taking a bajaji, two of my friends offered to drive me to the airport–but wanted to hang out at my house beforehand. Odd event #1. Being ill, the intelligent thing to do before traveling is sleep. Instead, I stayed up the entire night prior to arriving at the airport.

As I boarded the first of the three flights that day, I was pleasantly surprised to realize that the flight was unusually empty and that I, along with most of the other passengers, had a full row of seats to myself. Alas, it was not to be. Enter odd event #2. Just as I was preparing to spread out into the neighboring seat, two punk dudes moved from the very front of the plane to the back where I was seated and sat down in the seats next to me. Before ever boarding the plane, I had identified these guys as punks–if the sagging trousers, flat-brimmed ball caps, and too-big t-shirts wasn’t enough–they had been trying to get my attention by winking, whistling, and nodding for the last 45 minutes. For the entire flight to Nairobi, I contemplated the peacemaking strategy of a well-aimed punch: my new seat-mate would.not.shut.up. Apparently, the fact that I was turned away from him, hidden entirely beneath a blanket, and not responding didn’t actually communicate to him that I, like most of the passengers on the plane, was trying to sleep.

Arriving in Nairobi, I compared my boarding pass for the next flight with my watch and realized that somewhere inside the airport, the P.A. system was garbling through the standard “….BOARDING NOW” for my connecting flight. Fifteen minutes later, I finally managed to enter the airport after waiting seeming hours for the transfer bus to leave the tarmac. Airport staff dragged me to the front of the priority security line and I ran to my next gate only to wait twenty minutes for the flight to board. I suppose I shouldn’t think this an odd event…it is Africa after all! Regardless, odd event #3. And #4.

Whilst waiting for my flight in Nairobi, yet another punk dude took it upon himself to fill the empty seat next to me. He then proceeded to take a selfie at a ridiculous angle just so that I, the lone mzungu (white person), would be in the background. I glared at him and turned away, pretending to ignore the multiple photos that he was taking of my turned head. If I ever forget, remind me that I never EVER want to be famous.

The flight to Mumbai was relatively uneventful, but I was quite surprised to see my name on a placard when I disembarked the plane. Along with one other passenger, they hurried me to the transfer desk. Travel experience tells me that typically, in such an event, the transfer counter needs to inform the passenger of a flight change, scheduling change, or possibly reprint a boarding pass. However, in Mumbai, they did none of these things. They made several phone calls, wrote down various information from my boarding pass and passport, stared at me in disbelief when I insisted that I didn’t have any checked baggage, and then sent me to stand in the back of the normal line for security. Well that was dumb. And odd.

Eventually I made it through security (for the third time in twelve hours) and boarded my final flight. Less than an hour later, I was taken aback by the flight attendant’s question: “Beer or whiskey?” Yes, that’s right. When flying on this particular airline between Mumbai and Colombo, apparently the options are not soda, juice, and water, but beer or whiskey. Very, very odd. Number six, if you’re still counting. Once again, I was seated next to an over-talkative passenger, but this time, instead of a punk kid, it was a friendly gentleman who insisted that I have a glass of whiskey and tried to share his portion of chocolate mousse that came as dessert.

I landed in Colombo, Sri Lanka at a little after 8:30 p.m. Until this trip, I had no idea that there was a part of the world that was in a “point five” time zone. Mumbai and Colombo are both exactly 2.5 hours ahead of Dar es Salaam, Tanzania. Odd, but this wasn’t especially particular to me, so I don’t think it counts. Its more like learning something new. Getting a visa on arrival was simple, though immigration did manage to mix up my passport (and payment) with the girl in front of me–who was not American. Or white. She was completely confused as to why they were charging her more than the rate for Indian citizens, and I a bit befuddled when they tried to hand me a non-American passport. Odd event #7. But we had a good laugh over it.

Eventually I got the correct passport and visa, along with a free sim card for my phone, arranged a taxi, exchanged money, loaded my phone with credit, and headed for the hotel. This very odd sequence of events was finally over. I had an incredible stay in Colombo, complete with a very educational and informative conference on teaching Literature and introductions to a group of Sri Lankans who were exceedingly kind and generous to me, making me feel totally welcome in their home country. Now, two days later, I’m back in Dar attempting to sleep off the six flights, eight airport stays, and nearly 8500 miles that I traveled in the four short days between Wednesday morning and Saturday evening.