A perusal of any several of the thousands of blog posts written on expat transition—either incoming or outgoing—is sure to reveal at least one or two of the many horror stories that tend to grace many of these pages, replete with tales of driving on the wrong side of the road, overwhelming depression, and untold gallons of tears. Is it that transition is always so challenging, or just that we glorify sufferings (and eventual victories)? I taught my incoming IGCSE Literature class that all stories require conflict, and even the trivial blog post, void of conflict, is boring. But still, I want to write a different sort of transition story. A story that, while not glossing over or trivializing the challenges, focuses on the high points, even the “normalities” that still happen in a time of transition (doesn’t everyone still have to wash dishes and do laundry?!).

It’s certainly true that my “life as an expat” story has been atypical from the start. I’m a firm believer in expectations as one of the prime causes of disappointment, and my entry to Tanzania in 2013 was strikingly different than many who entered alongside and after me. This was true, I think, at least in part, because I had no expectations. I came to Tanzania out of a season of excessively long working hours—usually eighty or more hours a week between my two jobs, plus finishing my M.A. in Teaching. They were jobs I loved and hated to leave, but between the work and playing volleyball and cycling competitively, researching life in Tanzania and forming expectations never made it to the top of my priorities list. I wrongly assumed Dar to be comparable to the Goroka (Papua New Guinea) of January 2010, in all of its third-world resplendency. When I arrived in Dar, after waiting alone at the airport for over an hour waiting for someone to pick me up (yet another example of my abysmal planning—I didn’t have directions for where I was staying, contact numbers, or anything—if my contacts didn’t show up, I would have spent the night in the airport with nowhere to go!), I was shocked to see paved four-lane roads, an active nightlife, high rise buildings, and all the neon signs advertising a modern and developed city. Perhaps foolishly, my first week in Dar was spent fearlessly exploring my new city. My hosts reprimanded me repeatedly for venturing out alone, having quickly rebuilt the mountain bike I brought with me, and using it as transportation to the beach and elsewhere. Last week, someone, referring to the usual stages of cultural transition, asked how long my honeymoon phase had lasted, and my answer is always twofold: either four years (I’m still enjoying it!) or barely two weeks (until I got malaria and was physically the sickest I’ve ever been in my life and homesick as well). That is not to say that I haven’t had challenges during my stay in Tanzania, only that those challenges haven’t colored my perspective of this beautiful country.

My expat story, however, is not just different because I so quickly adapted to many of the nuances of Dar life, but also because I’ve had the privilege to travel home (and to other places) multiple times in the last four years. In the past six months alone, I’ve spent time in nine countries, speaking as many different languages. I’ve driven cars, motorcycles, and bicycles on both sides of the roads, shopped in supermarkets, malls, roadside shops, and ancient city markets. Even my friends here in Dar represent various segments of international culture: diplomats, consultants, missionaries, public servants, volunteers, ngo workers, cleaners, fundis, teachers, and entrepreneurs. They range in age, gender, education, nationality, religion, language, and socioeconomic status. When I think about the things that will (or could) be very different about life in Fort Wayne, it is this, the natural diversity of my friends, that I think of most often. But even this I see as a choice. Though by no means an “international” city, Fort Wayne is home to a large population of refugees and immigrants. Should I choose to intentionally pursue those relationships, I could still manage to find myself in circles where multiple languages are spoken in a single conversation. The diversity of my cultural immersion and the blessing of frequent travel will, I imagine, make my transition far easier than it might be if I were coming from four straight years of life in a remote village.

Part of writing a positive transition story includes remembering well: embracing the memories of the people and places that made my stay in Tanzania so fantastic. Memories of sports and adventure and travel, of saying goodbye to friends and making new friends. Memories of riding my bicycle through flooded roads, of students questioning (and this is on video somewhere!): “Is Abi gonna die?” as they watched me weave through stalled traffic to wade through the floodwaters. Memories of climbing Kilimanjaro and Young Life camps, of bus trips, of delayed flights, and hanging out with students. Memories of being so sick I wanted to die, of friends driving me to the hospital, and of tearful calls home to Mom when I felt the worst. Memories of school days ending early because of rain, and of kitesurfing when school was canceled for elections. Memories of being proposed to by traffic police, of getting tickets for “red lights,” and of motorcycle accidents. Memories of puppies, beach days, and losing Amini. Memories of lit Halloween parties, awkward bachelor parties (don’t ask), crazy themed costume parties, and driving straight from partying with friends all night to school or church the next morning. Memories of pushing my motorcycle across Masaki at 3 a.m. after watching NFL at a friend’s apartment, of driving off-road with a broken leg and crutches hanging from my mirrors in pouring rain, of attempting motocross Memories of driving to Mbeya for a mountain bike race with a van full of Tanzanian guys before I knew any Swahili, of being asked to drive part of the trip home through the mountains on the “wrong side” of the car in the middle of the night, of countless all-night travel adventures. Memories of throwing cake through windows, of paddleboarding and fishing in the rain, and skinny dipping in the Indian Ocean. Memories of late-night talks, of porch-sitting, and of praying with dear friends. Memories of camping in Mikumi, of scuba diving from a catamaran off the coast of Zanzibar, of music festivals, and night skies full of stars. The many lives of the incredible friends and family I’ve been blessed to know here run like a golden thread in and through these memories and so many more.

Looking forward, I am excited to think I can write my own story. I can take what I’ve learned from transitioning into Tanzania and apply it to my outgoing transition. I know better than to expect it will all be easy—it won’t be. I’m moving to a new place with new people and new cultural norms. That’s never easy—shoot, even traveling to new places for a short period of time is guaranteed to be difficult at least for a few moments. I think of getting on the wrong train in Italy, of being lost on street in Dubai in midnight, and of my slipper breaking while walking around Chefchaouen (when I didn’t know the Arabic or French words for glue, Duct Tape, or massive stapler). Painful experiences at the time, hilarious memories now. Even my four year “honeymoon phase” here hasn’t always been easy or fun. I’ve been really ill multiple times, been annoyed and even angry at cultural differences (that I usually interpret as lack of respect for time, lack of personal responsibility, or lack of communication), and experienced the pain of losing my grandparents from afar (and a dog here as well). But that’s all part of life. No matter where you live. Looking back, I wish I would have invested more time and energy into learning Swahili earlier and more fully. I wish I would have gotten involved with and committed to a small group at a local church earlier. But otherwise, it’s been a great run. I wouldn’t trade the adventures, joys, struggles, or craziness for anything. So as I write this new transition story, I want to choose to embrace the adventure of transition. To walk forward without expectations and take life as it comes, remembering that it will be hard, but that it is the challenges that will bring growth and make a great story.

Anyone want to join me? 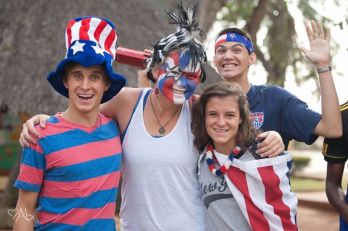 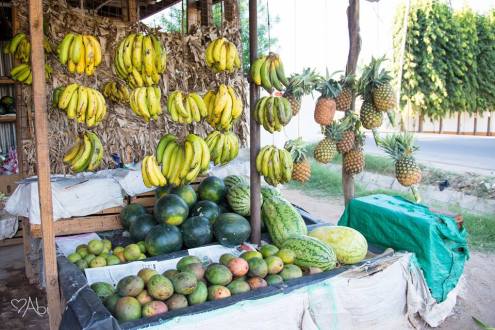 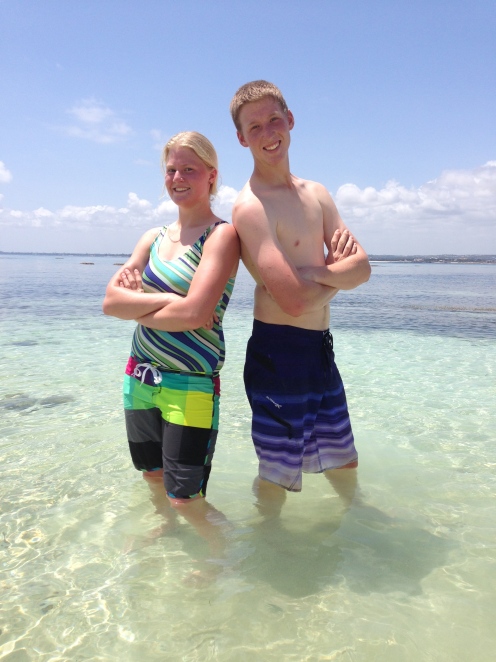 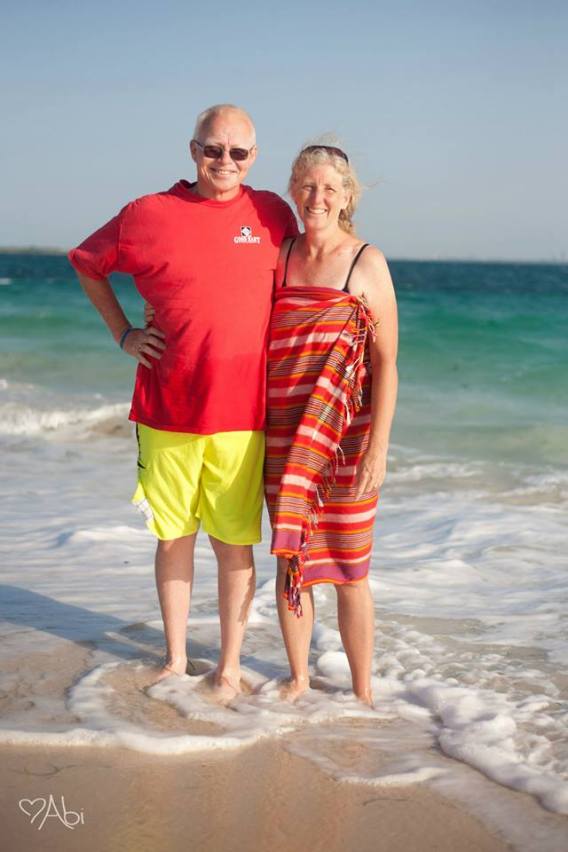 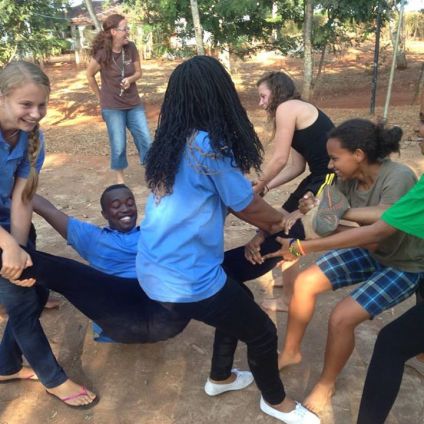 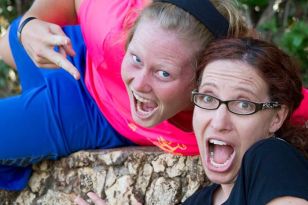 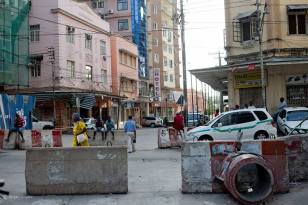 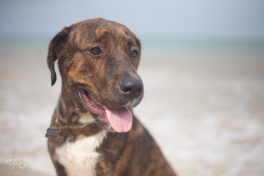 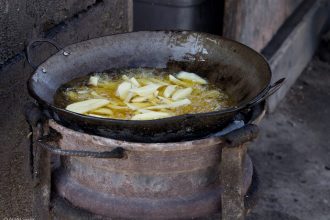 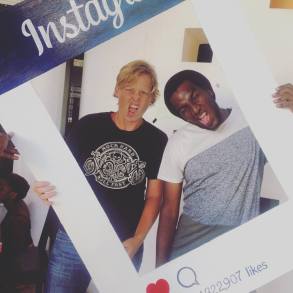 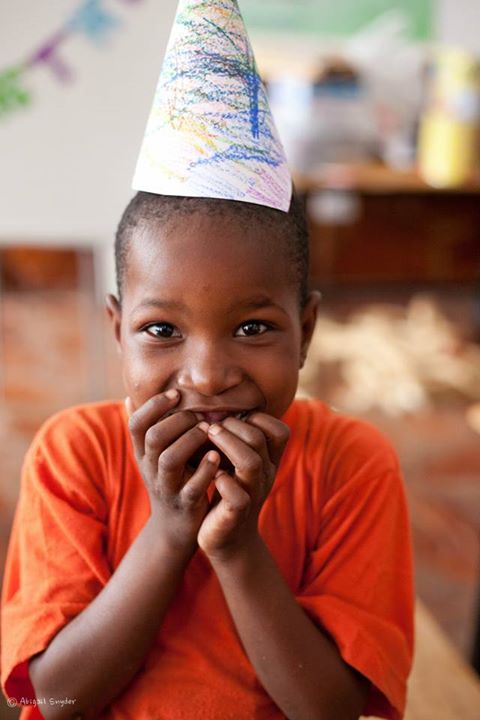 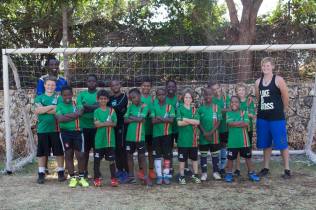 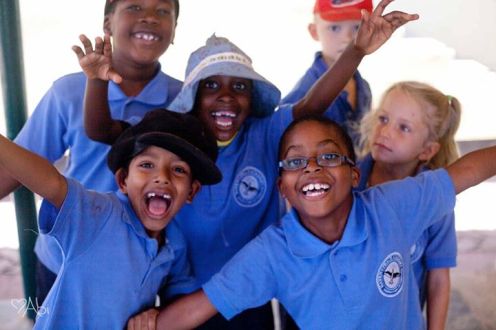 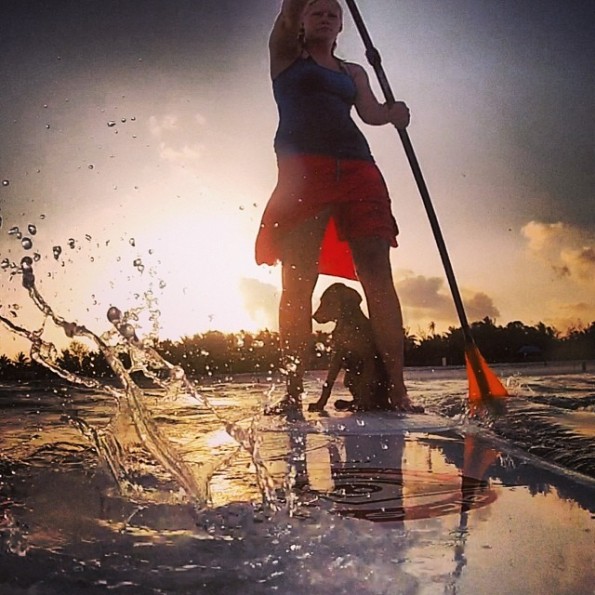 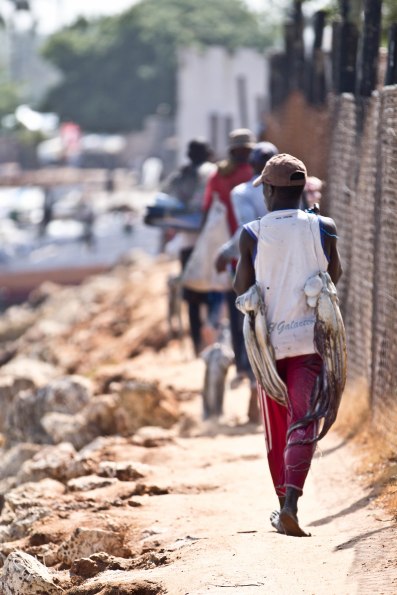 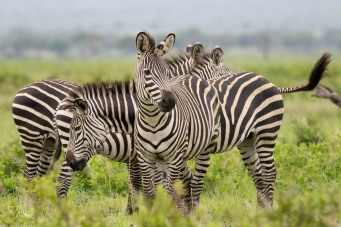 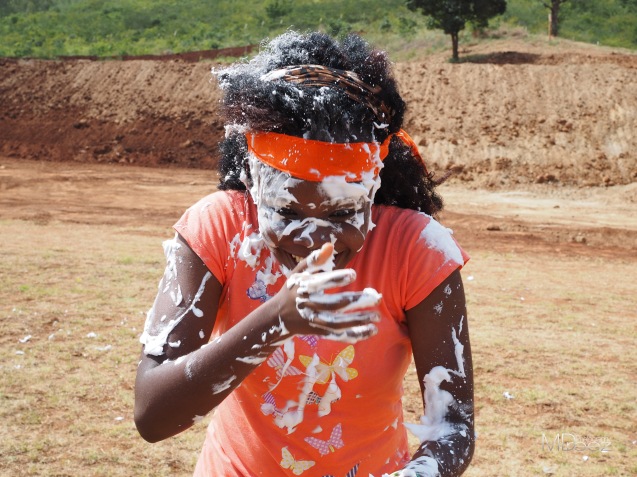 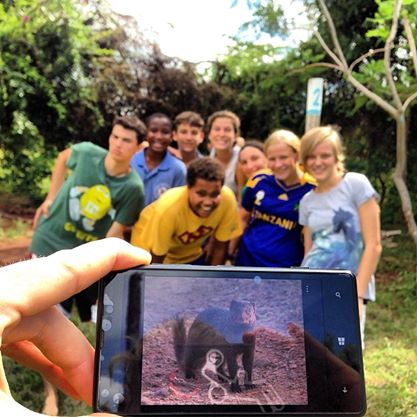 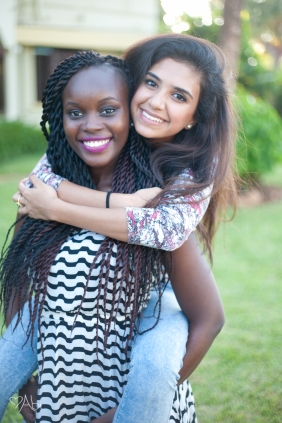 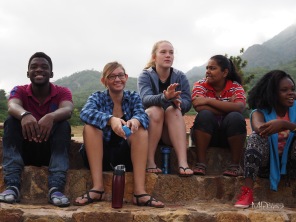 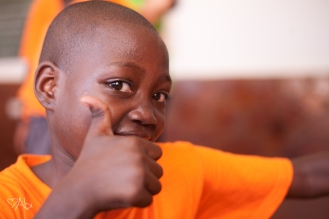 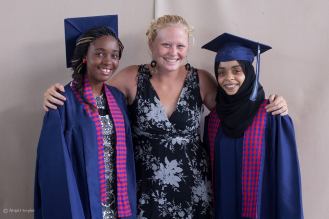 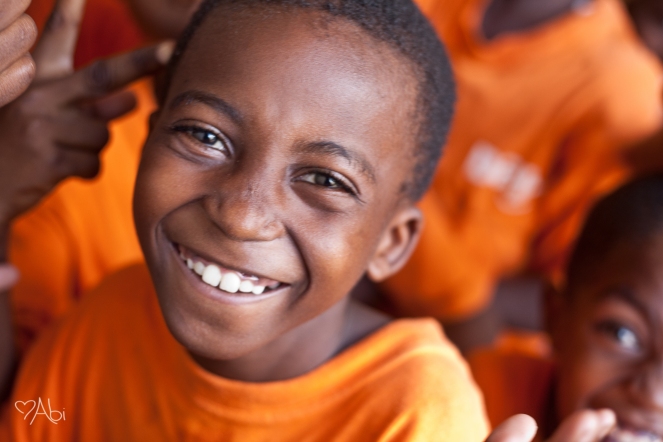 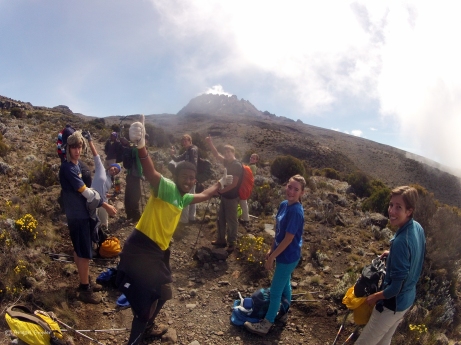 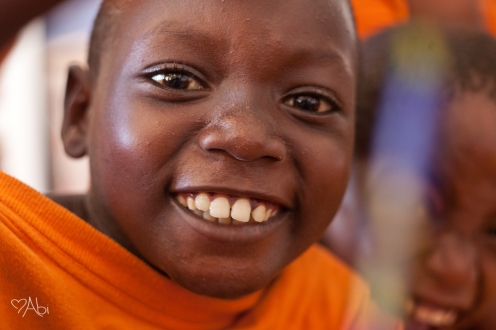 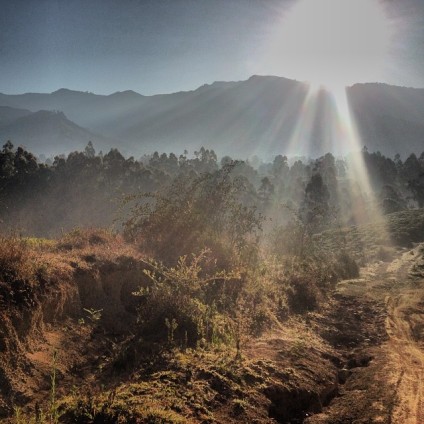